RE:NEW Christian Youth Movement > Dating and Relationships > Reflecting on Red Flags to Look Out For 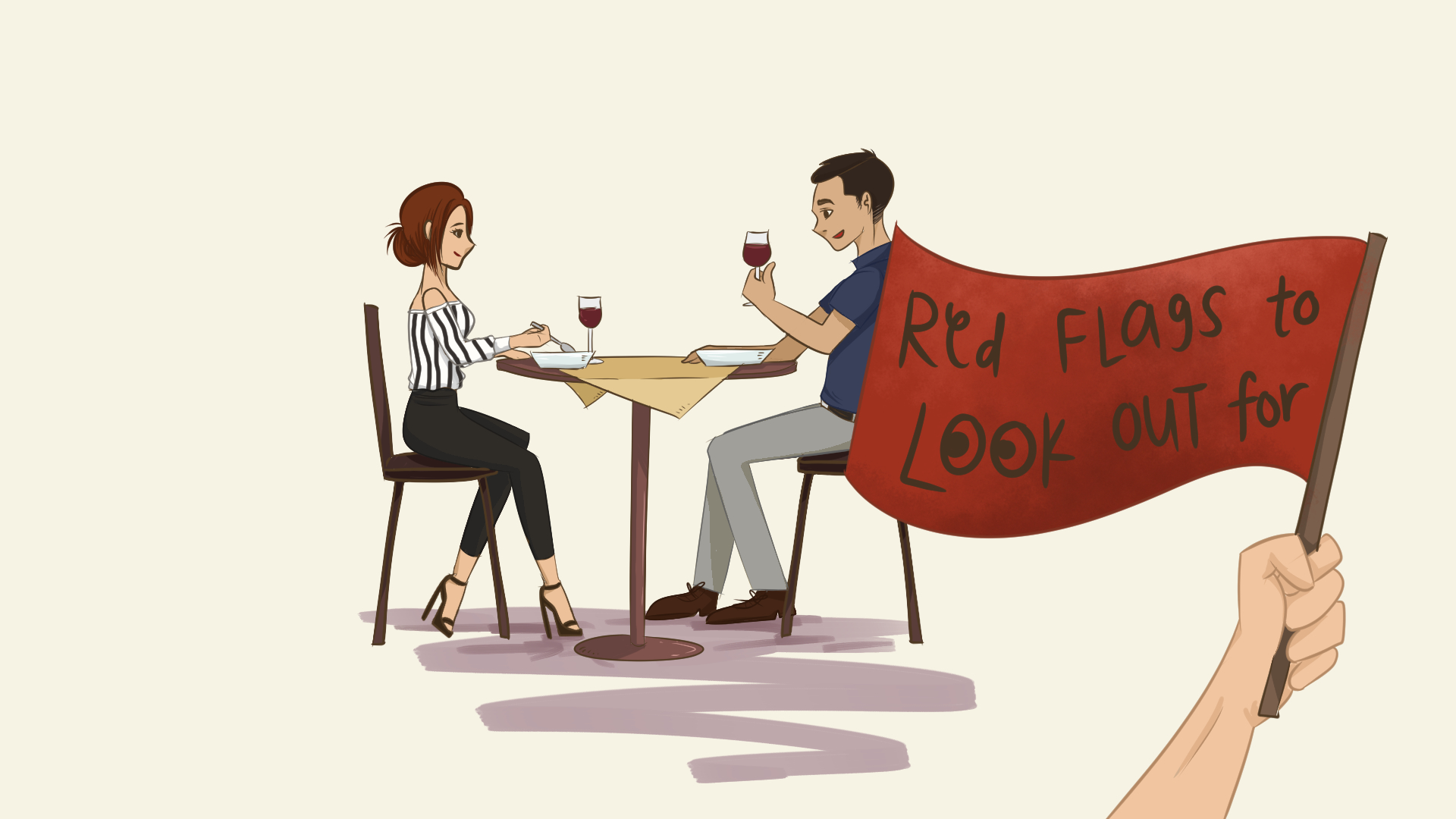 In our first two episodes of RE:NEW’s Dating and Relationship Series, Agnes and Joyce discussed the question of whether we have a soulmate and the right qualities to look for in a potential life partner. We found in the first episode that God did not create a specific soulmate for each one of us. Rather, He is the One who completes us, and marriage is meant to refine instead of fulfill us. In the second episode, Agnes and Joyce, along with Jonathan, also gave some good qualities to look out for when considering a dating and potential marriage partner.

Continuing on in our talks on dating and relationships, Pastor Theodore Lai reflects and recaps on this third episode where Agnes and Joyce talk about red flags to look out for in a potential mate. He reflects on what exactly is a red flag and what negative behaviors or patterns to be aware of in someone before falling in love with them. It is a good reminder of Proverbs 4:23, which says, “Above all else, guard your heart, for everything you do flows from it.” May we be diligent to guard our hearts to recognize any warning signs in a dating relationship.

Within certain contexts, the color red is understood to signify stop or indicate danger ahead. For example, consider how the law states that drivers stop at red stop signs and red traffic lights. In soccer, a referee will issue a red card and eject a player from the game for committing a dangerous or reckless play that injures or attempts to injure another player.

In the third episode of the RE:NEW Video Series on Dating and Relationships, Joyce and Agnes share a list of red flags to look out for when a person is considering a relationship with a potential life partner. Red flags are signs or behaviors a person exhibits that are not compatible for a healthy relationship.

The following behaviors can be defined as red flags:

– Entering or Defining a Relationship too Quickly.

This is a sign that a person is placing priority on reaching a certain relationship status, rather than spending the time and effort to get to know a person. Often this involves placing pressure on someone to commit to a relationship well before they are ready to do so.

– Emotional Instability, i.e. Being on an Emotional Roller Coaster.

This sign indicates a person struggles with or lacks the maturity or capacity to regulate their own emotions. Oftentimes emotional instability is connected to past hurts or trauma that has not been healed or even addressed. If left unattended, the emotional baggage will be carried to all future relationships.

– Having a Controlling Personality.

This sign often involves one attempting to make the relationship all about themselves by ignoring or not respecting healthy relationship boundaries. This may include but is not limited to failing to honor or respect the other person’s privacy, personal space and wishes, or sometimes trying to dominate the relationship altogether.

Joyce cites Philippians 2:3 in which the Apostle Paul commands Christians to display humility by valuing other people over our personal desires.

Non-committal behavior may easily be displayed in a variety of behaviors. For example, there can be an over emphasis on desiring physical intimacy; or insistence on being able to freely date other people; or even not wanting to introduce your partner to family and friends. Non-committal behavior is oftentimes evident in other aspects of life such as with family relationships, or even in educational or career related pursuits.

– Lack of Individuality and/or Co-Dependency.

This is a sign of a person who struggles with self-esteem or security within themselves, which then prompts them to spend an unhealthy amount of time with their partner or an unreasonable amount of energy obsessing over different aspects of their partner’s life. People who struggle in their own decision making or caring for themselves in general, is a strong indicator that they will struggle with these same and other responsibilities in caring for their partner and future family members.

– Values that clash with Biblical or Christian values.

A significant red flag involves having different values or world views than your partner, especially if one holds values that lie outside the Biblical and Christian faith. As Christians we are called to love God and love other people, which are the opposite values that come from Satan and secular society.

A key aspect to noticing or observing red flags is that these signs may not be evident or noticeable early on in a relationship pursuit. There is also the strong possibility that others in your life may notice some of these red flags before you do. That is because a potential partner will intentionally show their good side and put on their best behavior to make themselves attractive to another person. If there are questions or concerns regarding the presence of red flags, one suggestion is to observe how that person treats certain people they interact with. For example, how they treat the women in their lives, i.e. mother and/or sister or even outside service personnel will serve as a good indicator of how they will eventually treat you, especially when they think you are not paying attention.

So when considering a potential partner be aware that if any of these red flags exist, they will eventually show up at some point in the relationship. And if you notice them, seek guidance from the important people in your life and ask them to be honest in how they see or view your potential partner. Also if you feel a prompting or sense that a person is not right for you, that is God speaking through the Holy Spirit, trying to save you from future pain and misery. While there is no such thing as a perfect partner, two people who have surrendered their lives to Jesus have already taken the first important steps to having a healthy, thriving relationship that can be honoring to God and a blessing to other people. 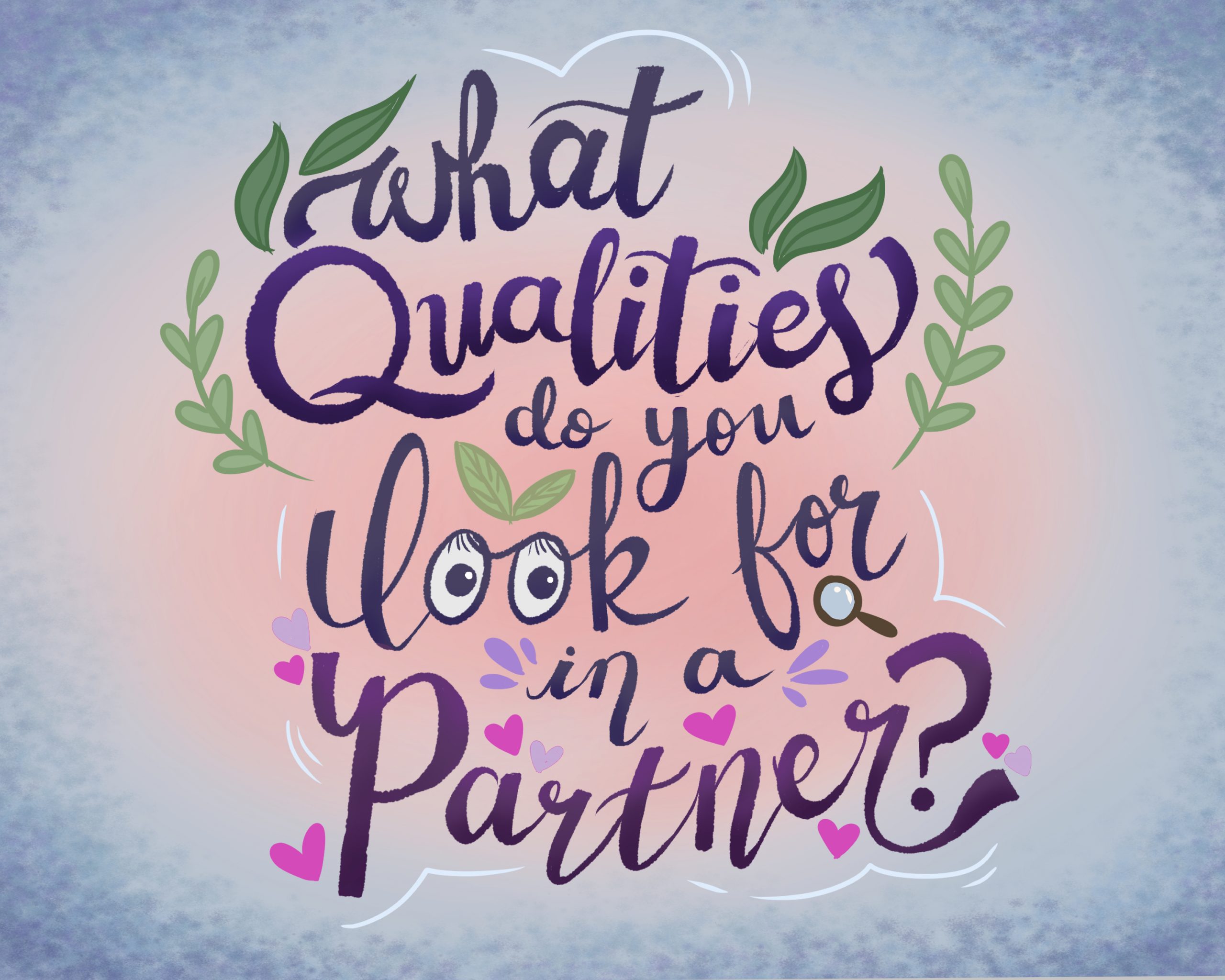 Reflecting on What Qualities to Look for in a Potential Partner

Christ Completes Us: Our True Soulmate is the Holy Spirit

Faith and Career (Part 1) - Being a Light in the Workplace