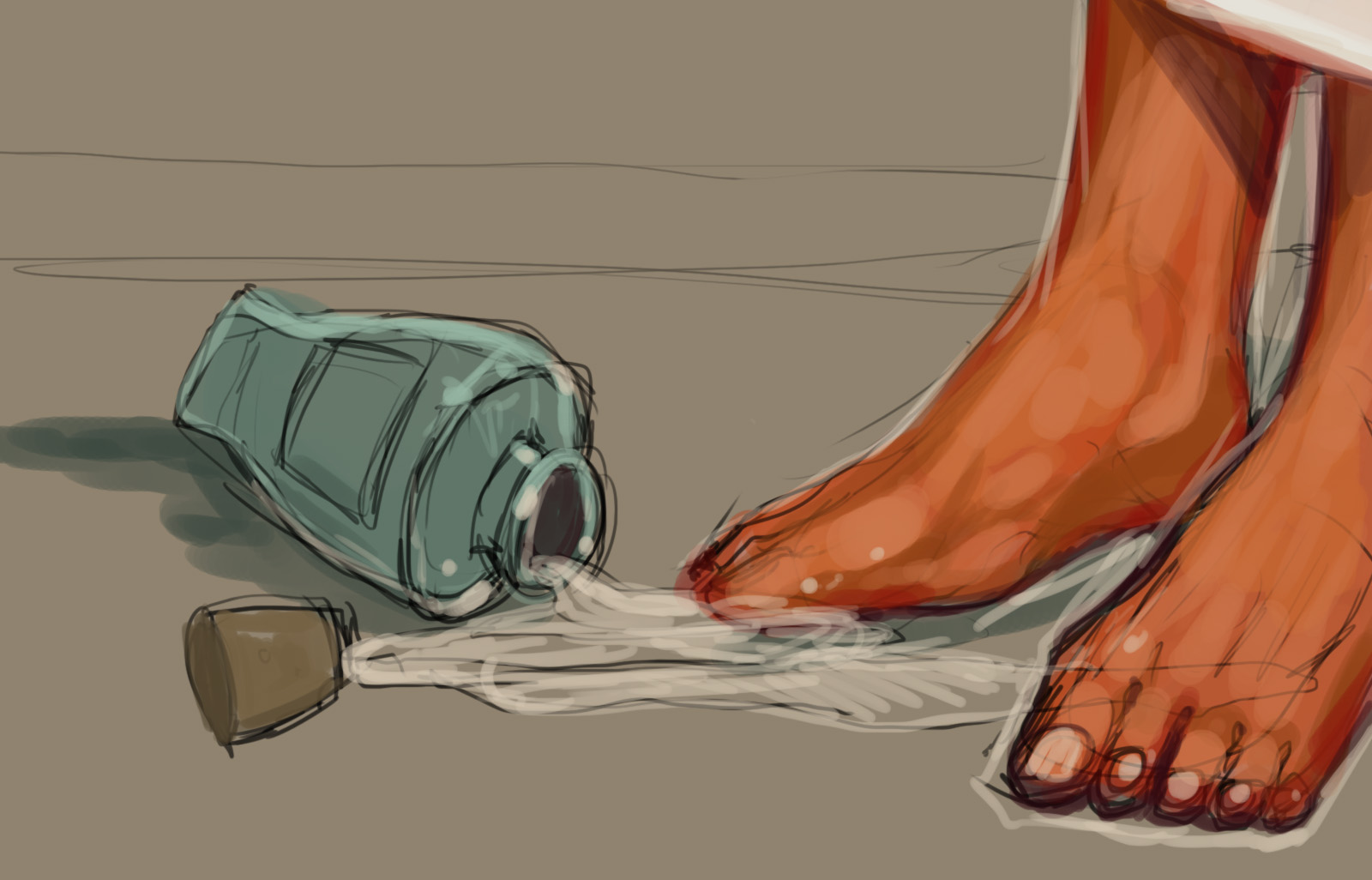 This passage tells us that Mary took a pint of perfume and poured it out at Jesus’ feet and then wiped his feet with her hair. Now what’s staggering is not so much the act (while it is a pretty radical act of love and worship) but the little bottle of perfume.

The perfume was worth 300 denarii. Most modern Bible translations will translate “300 denarii” as one year’s worth of wages. According to the most recent US Census, the median household income is about $60,000. If Mary was carrying around this little bottle of perfume today, it would have been worth that much.

This is Mary’s most valuable and prized possession. And Mary takes it and dumps it on Jesus’ feet.

This generates two interesting responses. The first is from Judas Iscariot. “Good gracious, Mary! Are you crazy?! Where is your sense of proportion? This is a terrible use of your money! What a waste!”

Mary, in unrestrained devotion and love, pours out her most precious possession at the feet of Jesus, and Judas responds by saying, “AHHHH… it’s too much, Mary. Come on, let’s be reasonable. You don’t have to be that radical. You don’t have to give it all away.”

You’ve heard the voice of Judas before, haven’t you? Maybe from others? Maybe from yourself?

The second response is from Jesus. “Leave her alone. It was intended that she save this perfume for the day of my burial. You will always have the poor among you.”

In other words, Jesus is saying, “Actually, Judas, Mary has a perfect sense of proportion–No Reserve.”

Gaze at the cross. How much did it cost Jesus to rescue you–to ransom and win you back? What ought to be your “appropriate” response?

Isaac Watts ends his famous hymn “When I Survey the Wondrous Cross” with a profound piece of truth:

“Were the whole realm of nature mine, that were an offering far too small–love so amazing, so divine, demands my soul, my life, my all.”

What about you? Are you ready to say “No Reserve?”

1. What possession in your life is most precious, costly and valuable to you? Would you be willing to lay it down at Jesus’ feet?

2. In what way did Jesus say, “No Reserve” to us? What would it mean to us if He never did?